The Shoppes at The Corridor 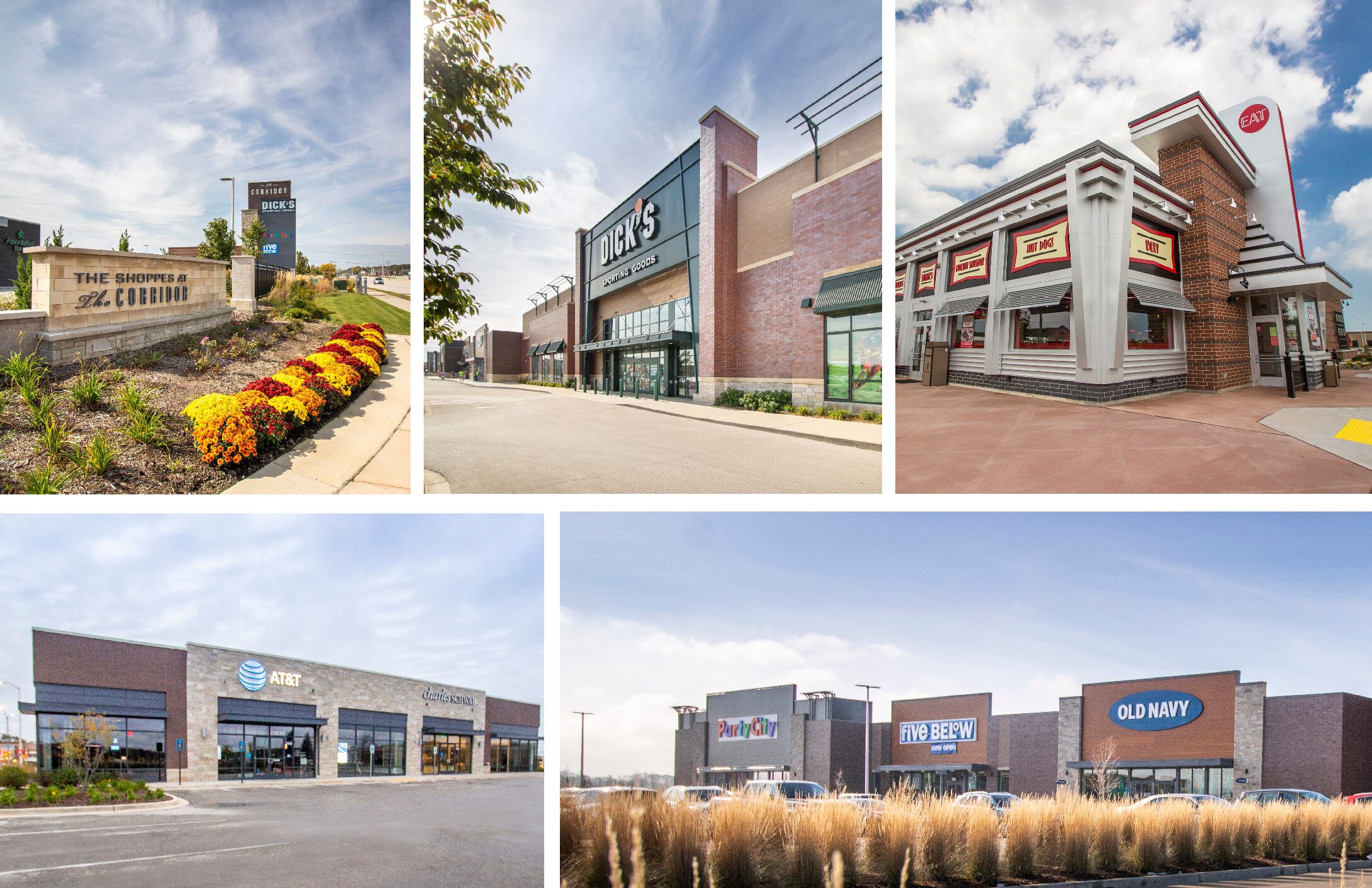 The Corridor is a 66-acre horizontal mixed-used development in the premier market of Brookfield, Wisconsin was master planned by Irgens. Bordered by Bluemound Road to the north, Interstate-94 to the south and Calhoun Road to the east. The Corridor features retail, hospitality, healthcare, fitness and corporate office uses, excellent access and connectivity to the surrounding region and a unified design concept with walkability and sustainability features throughout.

The Shoppes at The Corridor comprises four buildings situated along Bluemound Road, a premier retail corridor in southeastern Wisconsin. Irgens advocated for and gained approvals for a new, fully-controlled traffic signal and associated right of way modifications at the intersection of Bluemound Road and Discovery Drive. Irgens also gained variance approvals from the city for an above market master signage program for the Shoppes at The Corridor. These efforts allowed Irgens to recruit financially strong, national retailers to the Shoppes and create value for their investors and the City of Brookfield. Retailers at the Shoppes include Dick’s Sporting Goods, Old Navy, Party City, Five Below Charles Schwab, AT&T, Associated Bank and Portillo’s in the outlots along Bluemound Road.